The important role of keystone species in supporting ecosystems

Nature is a funny thing. One the one hand, a single species has the ability to destroy an entire ecosystem by killing off many, many species (Invasive species). On the other hand, a single species is responsible for the survival of many, many species. I explained one such example in a previous post (see here). But let’s delve deeper into this idea further.
Keystone species

This was a concept introduced in a landmark paper by Robert Paine in 1961. Paine was working in the University of Washington, when he happened to observe the invertebrates living in the intertidal zone. The story is an interesting one.

Paine’s primary example was that of an ecosystem comprising of sea star (a star fish), sea urchins, mussels and other shell fish in the Tatoosh Island of Washington. The sea star is a predator in this ecosystem; it feeds on all forms of shellfish including the mussels and urchins. This predation was responsible for maintaining the local diversity of that ecosystem. In the presence of the sea star, the urchins and mussels were restricted to parts of the intertidal zone and other species coexisted in the same zone. But if the sea stars were removed, the mussel population exploded and began to dominate the entire shore of the intertidal zone, driving away every other species in that area. On the other hand, the sea urchins would feast on the coral reefs and destroy them.

The term “keystone” is derived from the wedge-type stone on an arch. Even though it experiences the least pressure of all the stones, the entire arch would collapse without it.

Such examples of keystone species is found all over the world in different ecosystems.

The classic, generalized example is that of predators acting as the keystone species. A single predator can keep many populations of herbivores in check, allowing all of them to coexist. It also helps to prevent the herbivores from destroying all plant life in the ecosystem unchecked.

Some predators which are keystone species…

A single mountain lion can traverse huge areas in the mountain ecosystem of the Mackenzie Mountains in Canada. The populations of deer, rabbits and even birds are kept in check because of the mountain lion. Their feeding habits, where they make their burrows or nests are dependent on the mountain lions habits. Scavenger species like vultures are also controlled by the presence of the lions.

Similarly, the jaguar of the Central and South American ecosystems are classified as keystone species due to their extremely varied diet. They eat as many as 87 different types of prey, keeping all of their populations in check.

In the state of Wisconsin, the wolves are considered to be keystone species. They keep the rabbit population in check. An interesting story ensues here. Because wolves were being such a nuisance to the local human population, all of them were killed or captured during the late 1980s. As a result, there was no control over the rabbit populations. Rabbits can multiply very, very fast and that’s what happened here. Soon, the grasslands of the area were destroyed, and the area became highly prone to floods because of the lack of flood control those grasses provided!

But herbivores and plants can also be keystone species…

As I explained in a previous post, elephants of Northeast India are a major keystone species in that ecosystem. The African elephants of the Savannah also provide much of the same benefits to their ecosystems. They travel large distances, allowing the seed dispersal of many plants. They dig up watering holes that can be used by other organisms later. They also help in massive nutrient cycling by the sheer amount of excrete they produce.

Plants can also be a keystone species. Figs of Central America is one such example. Figs bear fruits the year round, and many species of mammals and birds rely only on this small plant population during seasons when food is scarce. 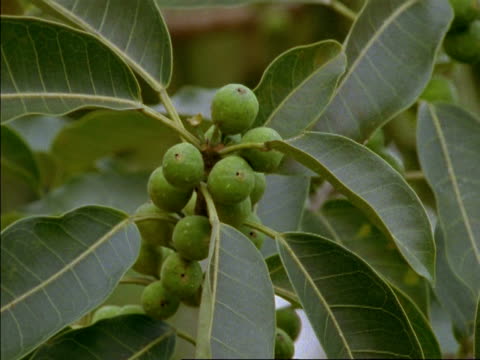 Why are they important?

Basically, a keystone species removal will result in the entire ecosystem collapsing like dominos. The arch cannot stand without the keystone, right?

They are critical in conservation efforts…

Keystone species can prove pivotal in the conservation of species and even entire ecosystems. Robert Paine himself recognized this when he said, “it (keystone species) convinced managers and conservationists alike that the ecological impact of single species matters. That is, in order to manage, understand, and restore ecological assemblages, the roles of individual species have to be understood and considered.”