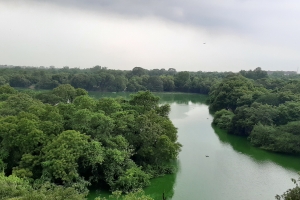 When developing green spaces, the most important considerations usually revolve around convenience (which species requires the least maintenance?) and aesthetics (which would look the most beautiful?) and quantity (What is the area of green space per capita in a city?). In this post, I argue that much more […]

30,000 years ago, it is estimated that the Earth hosted 200 genera of large terrestrial mammals that weighed over 50 kilograms (kg). Australia had large marsupials such as kangaroos over 2 meters long, koala bears that you wouldn’t want to cuddle, the marsupial lion and the giant diprotodon. […]

Is r/K selection theory still valid?: A look at the (glaring) problems

The r/K selection theory of life-history patterns has been in use for a long time, and serves as a useful tool to introduce the concept of survivorship curves (I recommend that you see this post if you need a refresher on the theory). However, there have been several […]

The Snow Leopard: Ghost of the Himalayas

The mighty Himalayas is home to many species. Besides providing ecological and economic services, the largest mountain range in the world has numerous unique ecosystems hidden within, which have rich biodiversity. The Himalayan high altitude areas located above the forests – the alpine meadows and the cold deserts […] 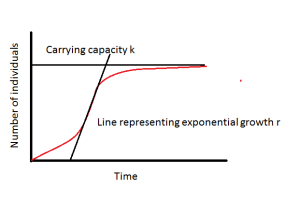 Have you ever wondered why dogs and humans reproduce very differently? Why a dog litter is so big – often up to 7-8 pups – while humans rarely give birth to more than 1 child at a time? Well, there is a reason for it. This has to […]

The top-down vs bottom-up approach in an ecosystem

Earth Day 2018: Plant a sapling and be a part of this Earth

From Eco-Intelligent, a very happy Earth Day to all of you!

Evolution, driven by “survival of the fittest”, allows the best, most suited organisms to survive in an environment. These organisms are “fit” and survive because of a behavioral or physical trait that makes them superior to other competing individuals or species. But what does being “fit” really mean? […]

Extreme adaptations: Organisms can do some crazy things in order to survive!

When faced with an environmental stress, every living being has the ability to alter its lifestyle, its habits, its physiological processes to a certain degree so that it can accommodate that stress and continue to survive. Humans do it too; when it’s cold, the hair on our body […]

Can alien species be helpful to some ecosystems? Apparently so! Horror stories of an alien species taking over and annihilating diversity in a native ecosystem have become pervasive in ecological news. This happens as our world continues to become more and more interconnected: species are moved around by […]