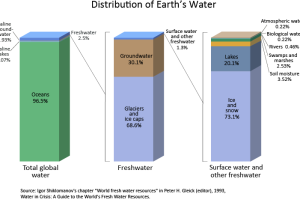 Groundwater: The largest source of water that matters

This post is part of a blog series written by Priyadarshan Pandey. Hello there! Your friend H2O is back with another post. Let’s get straight into it! I’m sure by now the picture I’ve painted must have you convinced that I’m as integral to your world as a […]

Sumatra Tsunami and Earthquake: Deadliest disaster of all time

Tsunamis have been a relatively rare event in the Indian Ocean, at least in human memory, and have been quite prevalent in the Pacific. But every ocean has generated the scourges and left millions of people with scarred memories. Fourteen years ago, such an event occurred, when an […]

No matter where you live in the world, you must know of a place in your country that has experienced earthquakes. Some regions are more prone to earthquakes than others, and draw a lot of focus and attention from scientists and policy makers alike. Regions like California, Himalayas, […] 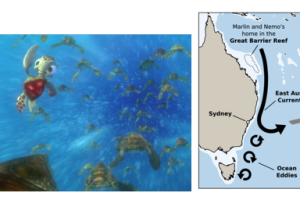 Well, hello there! I know it has been a while, but with the ever warmer summers that we have been having (thanks for that, by the way) I get extremely busy this time of year. Now that we are back we shall continue our discussion on the effects […]

How do oceans determine regional climatic conditions? Part I- Effect

This post is part of a series of posts written by Priyadarshan Pandey.  Welcome back, watermen (no?)! So, in the last couple of posts we talked about the reason for my importance, my structure on an atomic level and the properties it generates, and my role in sustaining […]

Hazard vs Disaster: The principle behind disaster management

Disaster Management 101 requires us to understand the difference between a hazard and a disaster. The difference is minute, but speaks volumes about human involvement in natural phenomena…

In a previous post, I talked about how climate change is a major threat to the coastal ecosystems of the world. But I also said that that’s not the only threat…. Truth is, most of the effects of climate change can be buffered by the ecosystem itself. That’s because climate […]

(A guest post by Nidhi Singh. Check out her blog, The Brown Little Sparrow!) John Muir  an author, environmental philosopher and early advocate of preservation of wilderness in the United States, said that the clearest way into the universe is through a forest wilderness. And I am sure most of you […]

Forest fires and climate change: is there a link?

While the cases of forest fires have been increasing all over the world, most of them have been due to human activities and carelessness. As I’ve mentioned in my previous post, Forest Survey of India believes that 95% of the fires caused are due to human negligence. In […]

Forests have been a natural resource that humans have depended on for millions of years. Today, forests are also one of the most “endangered” natural resource. We are cutting down about 13 million hectares of forest per year all over the world. Asia has the lowest forest cover […]