30,000 years ago, it is estimated that the Earth hosted 200 genera of large terrestrial mammals that weighed over 50 kilograms (kg). Australia had large marsupials such as kangaroos over 2 meters long, koala bears that you wouldn’t want to cuddle, the marsupial lion and the giant diprotodon. In Northern Eurasia, woolly rhinos and mammoths roamed the lands along with larger cousins of elephants and tigers. The American continents had animals like giant sloths, armadillos supposedly the size of cars, giant species of jaguars, mastodons, and the famous saber-toothed cats. Today only 100 genera of large terrestrial mammals remain.

It so happens that the extinction of these mammals in each landmass happened within 100-2000 years of humans colonization. Once could have been a coincidence; every instance signifies a pattern.

Why are humans the key suspect?

First, humans have the unique ability to adapt to a wide range of environmental conditions without undergoing genetic changes. This allows us to bypass the millions of years it takes for organisms to adapt to changes; normally, species have survived because of dumb, lucky mutations. We were the first to think our way out of problems. Are we moving to the frigid regions of Siberia? No problem, let us invent clothes to keep ourselves warm. We have too much, too fast for the ecosystem to adapt to us. This has allowed us to be experts at migration and colonization. We have adapted to a startling range of habitats from the savannahs of Africa to the forests of Indonesia to the deserts of Patagonia.

Second, we developed an omnivorous diet; the tag of hunter-gatherers showed that our diet consisted of a healthy mix of plant and animal-based food items. This meant that they also developed the tools for hunting animals. After learning how to control fire, meat became an even greater delicacy as it could be cooked or smoked and preserved for later use.

Third, the early, medium-sized humans lived in fear of the large animals and carnivores before they learned how to effectively hunt. The long-developed fear for large animals coupled with the sudden ability to kill and eat them with advanced tools made humans ingenious hunters. They never attacked head-on for fear of losing and always hunted in large groups. Historic records show that humans drove herds large animals into narrow gorges before killing them all, or specifically targeted weak and old animals.

Humans were small, two-legged creatures with no fangs or claws. We were never meant to pose a threat to large mammals and they never considered us as one. However, our adaptations tipped the scales in our favor. 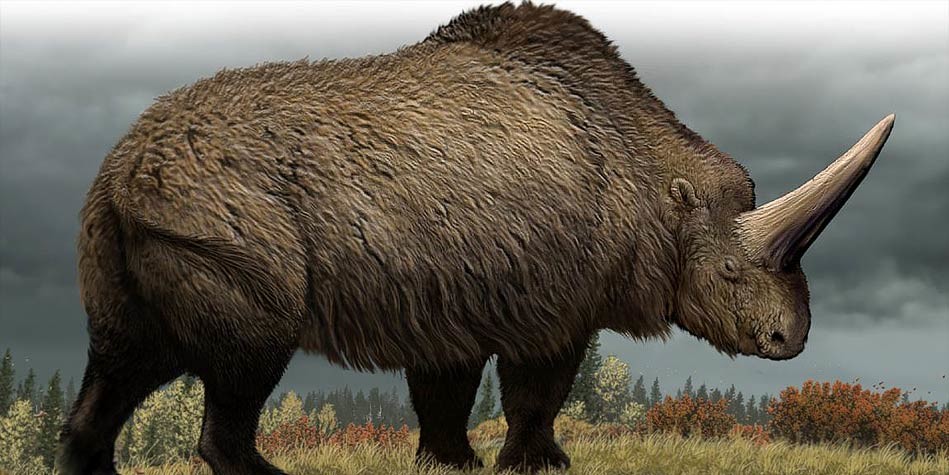 A concept of the giant rhino. Source: Google Images.

Large mammals were particularly attractive to humans for two-reasons — abundance and security. Killing off large mammals would mean food for the entire tribe for a considerable time. It removed also a significant threat to human tribes; humans killed their killers and freed natural resources for themselves.

Large mammals reproduced slowly, which meant that killing off a few adult mammals would reduce the population size below replacement levels. We not only killed large mammals, but we also changed their habitats. For example, humans also used fire to burn down large chunks of forests in Australia which was the large mammals’ habitat. With their habitats fragmented and disconnected, they could not move and offset the decline in numbers in populations around the continent.

The evidence is against us…

Our hunting has left marks throughout the world. When humans moved to the cold of Siberia, they were faced with an immediate need for warmth and a large amount of calories. They found both in the woolly mammoths. The fur of the mammoths was good enough to be sewn into warm clothes. And the blubber of the mammoths had plenty of fat to feed entire tribes. Evidence of hunting mammoths and elephants is found at various sites around the world. Similarly, paleontologists have found evidence of human hunting equipment alongside bones of large mammals in Fell’s Cave, Southern Patagonia.

For large mammals, the survival of the fittest principle dictated that smaller animals would survive under human-affected environments. In the last 125,000 years, mammal sizes halved in Eurasia, decreased 10 times in Australia and the fell from 98 kg to 7.7 kg in the Americas.

Fear seems to be the apt expression. Source: Google Images.

Africa remains the only continent with considerably large mammals. Homo species had evolved and lived in Africa and Southern Eurasia for over 2 million years. During this time, large mammals of the region learned to be wary of humans. The large mammals of other continents had to contend with expert human hunters and had no time to learn.

Did climate have a role to play?

Evidence suggests that large mammals were also affected by a changing climate during the human onslaught. Particularly in Australia, Siberia and the Americas, humans moved into the landscape just as temperatures warmed. Changing climate changed the vegetation type of the region, altering the habitats. For example, large mammals of Patagonia were used to open grasslands, but a warmer climate gave way to thicker forests. This closed their migration corridors and fragmented their habitats. Human hunting during such a vulnerable time was impossible to cope with. Many believe that the duel effect of human hunting and climate change was the reason for the extinction of large mammals.

Is this happening today?

In our quest for growth and development, we have modified the natural world even more than the prehistoric humans. Large mammals survive on huge home ranges; for example, African Elephants have home ranges up to 3700 square kilometers. As convert the natural landscape into farmlands, pastures, cities and roads, we are fragmenting the home ranges of these large mammals. The Earth lost forest land the size of 1 football pitch every second in 2017, equivalent to the size of Italy for the entire year. The migratory habits developed over millions of years are being severely challenged over decades.

We now hunt for trade; poaching is the 4th largest illegal trade in the world. African Elephant population is falling annually by 8%, largely due to poaching. The giraffe was recently added into the endangered species list. White Rhinos were poached to extinction.

Our hunt for resources has led us to the oceans. The large mammals of the oceans, like the Blue Whale and Dolphin, survived the past extinctions because humans did not disturb ocean ecosystems. Today, ocean pollution and a thirst for ocean resources are impacting the vast biodiversity living in the water. Plastic was found even in the deepest point in the ocean, the Mariana Trench.

In addition to the changes our development is bringing, mammals are having to contend with climate change. For example, the warming climate is affecting the ocean surface temperatures, and increasing carbon dioxide is altering ocean chemistry. Marine mammals may have been able to deal with the changing temperatures and chemistry, but human-induced activities add too much stress to already vulnerable populations. The signs are strikingly similar to the past.

It is possible that the current wave of extinction could be the largest human-aided extinction yet. 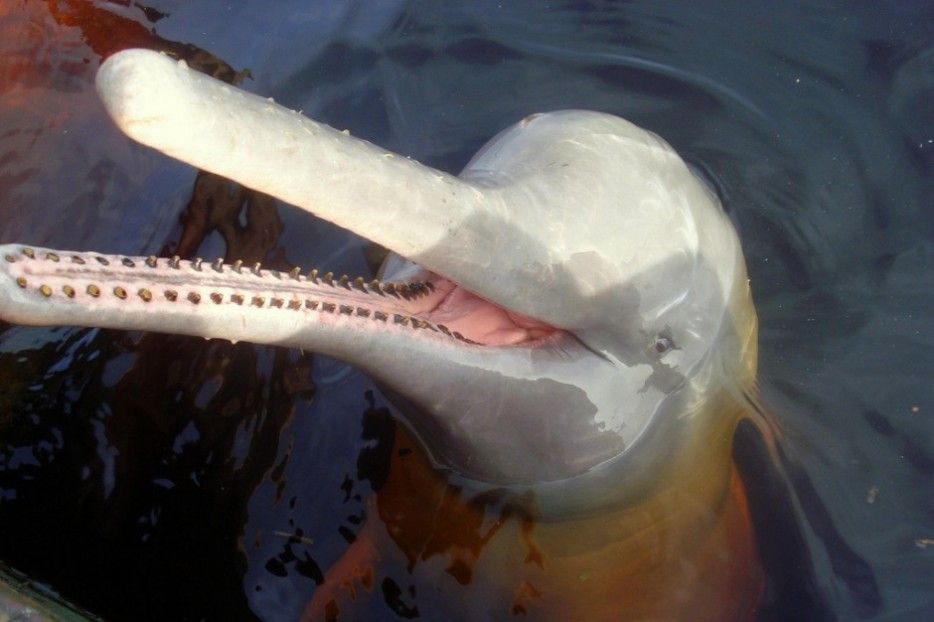