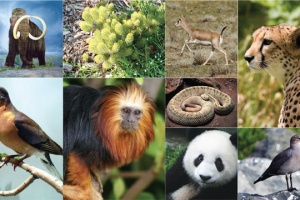 Diversity on Earth: How is it created and maintained?

The third law of thermodynamics states (in effect) that “entropy in the universe is always increasing”. Entropy is the degree of randomness in any system. It’s a concept in favor of simplicity. Everything in the universe is moving from complex to simple situations. For example, within a star, Hydrogen atoms […]

As I mentioned in my previous blog, time is a major hurdle for EIA. Considering the number of steps the process has, and the complexity of the ecological, cultural, economical and social integration in a particular site, we cannot expect to complete the entire process in two weeks. […]

The need of the hour! Environmental Impact Assessment (EIA) is a tool, that is fast growing to be a useful and widely accepted tool in developmental projects to prevent/mitigate damage to the environment as much as possible. As the name suggests, it is an all out study on […] 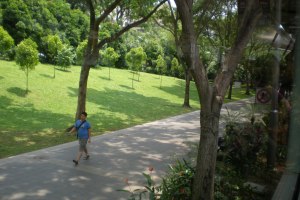 We are at a watershed moment

Dear 21st century humans, Our generation is a special one. We may be the last one to see some beauty on this planet. Or we can take responsibility and make this planet sustainable for the generations to come. The result, is in our hands. The other day, I came across […]

Dear 21st century humans, Looks like the Indian government is taking some proactive steps in working towards an ecological lifestyle for it’s citizens. It has been recently announced that the government plans to spend over $6 billion in reviving the forests in India. They would like to bring […]

Dear 21st century humans, It’s April 22nd. It’s Earth Day. Let’s take a moment to reflect on this- “Earth Day”. One day, in the entire year where we are supposed to celebrate Earth. One day of the year, where probably half the people in this world will be […]

My 3-step plan as the leader of the country

In response to The Daily Post’s writing prompt: “The Fun Platform.” I was asked about what I would do if I was made the leader of my country. Something that’s an annoyance now, into something fun. So here’s a letter to you outlining my plans *mwahaha*

“Anthropizing” the Earth on a whole new level…

Dear 21st century humans, Everyday, I am amazed at just how much we are capable of achieving. Evolution has truly outdone itself when it helped create the brains that we now have. We  have claimed the world. No doubt. As I said in my previous letter to you, […]

Dear 21st century humans, You know how every on of us has a dream of leaving a mark on the pages of history before we die?