(This is the fourth post in the “feedback loops” series)

Imagine a world where nothing interacted with anything. Each entity, molecule and atom remained in isolation. They could not feel or touch each other, directly or indirectly…….

That would be a dead world.

The truth is, our universe is made up of interactions at every scale conceivable and inconceivable to the human mind. This starts with the cosmic scale, where gravity, weak, strong and magnetic forces interact with each other to create fields on which everything exists. Coming down to the Earth, these interactions continue to play an important role, along with other interactions that require a medium to transmit. On Earth, energy, which drives all processes (more or less) transmits itself through the air, earth, water and living beings (which is all the spheres of Earth).

The interactions become planer and more and more visible from the ecosystem level onwards. Populations within the ecosystem compete and coexist amongst themselves; the individuals of the population interact with other individuals and with the environment around them…

Even at the cellular level, enormous number of interactions take place; this is why life can exist here on Earth!

With so many interactions taking place, obviously, a small change in one entity will have the ability to transmit this change onto the other entities that it interacts with. 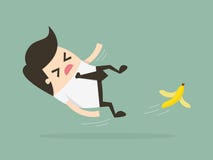 Consider this: You are walking down the road, and you since you are immersed in your phone, there is a good chance you don’t see a banana peel on the footpath. You slip, and you fall. So, the action of another person, who ate that banana and threw down the peel on the path, caused you to slip and hurt yourself!

Interactions obviously don’t need to be physical. If you see your best friend lose a contest, you will be heart-broken for him/her, even if you had no interest in the contest itself.

Wherever you see interactions, you will see the feedback mechanism at work. Because these interactions always begin somewhere; that is called the force, as I explained in the first blog of this series. This initial interaction is like the push you give to neatly stacked dominos. It ripples it’s way through the entire system, every domino feel its effect.

When changes in one entity transmits itself onto another entity in that ecosystem, it is called a disturbance. Disturbances are crucial to the functioning of the ecosystem, because it is what drives the changes and the interactions that occur in ecosystems. In this post, I’ll be illustrating some examples of such disturbances, and how it elicits responses from different ecosystem parts.

Disturbances in the ecosystems of the world

Disturbances happen at every scale in the ecosystem. In the organism level, the decrease in the temperature is considered a disturbance. In response to this, bears may hibernate, humans will start wearing warm clothes, and birds will migrate south.

Disturbances at the ecosystem level in the form of natural calamities. Every fire, landslide, earthquake, flood is an act of disturbance that has a dominating effect in the area it acts on. More often than not, these disturbances wipe the slate clean and allow the establishment of a new ecosystem after it passes. In other words, these large scale natural disturbances result in the fundamental process of ecological succession.

Understanding interactions and disturbances has been a huge area of interest for scientists across disciplines. Physicists are trying to understand the interactions at the cosmic and subatomic scales, and are trying to figure out a way to unify these two scales. Everything in between is being looked at by biologists, chemists, ecologists and mathematicians. Why is there such an interest in this topic?

In environmental science and ecology, scientists have begun to get a good idea about how interactions work and how disturbances are generated. By doing this, we have been able to reverse or prevent many unwanted disturbances. The simplest example is that of preventing soil erosion. By creating contours perpendicular to the direction of flowing water, we have been able to negate the initial forcing of water flow and reduce soil erosion.

On the large scale, the knowledge of disturbances are helping us manage disasters like forest fires. In places where fires are very frequent, managers are starting to create artificial landscape heterogeneity. By doing so, they create “fire-breakers”. For example, if there is a forest with a mixture of trees, the fire prone trees are unlikely to be in close enough contact to allow the propagation of the fire throughout the forest. This contains the fire to one part of the forest, allowing the rest of the forest to remain safe.

You can imagine the sheer amount of opportunities we can have if we can manipulate interactions and disturbances in other scales of the universe. We’ve already done a fair bit of chemical manipulation by way of pharmacy and medicine. What is the medical field? It is merely the controlled manipulation of the human body to negate unwanted responses to a force!

If we could achieve such manipulation at the subatomic and cosmic scales, teleportation and time-travel, myths and fiction today, will become a reality within a few years!

What kind of manipulation is needed?

Disturbances and interactions still pose a challenge because in nature, the feedback from a disturbance can be both positive and negative. However, as humans, we need to get more negative feedback than positive feedback. In all the examples of human manipulation, you will see that we are striving to negate the initial forcing. We need stability to function. We need homeostasis.

This remains our biggest challenge. More often than not, the feedback generated is positive and ends up crashing our system into the ground (literally and metaphorically). That will destroy everything we have established, be it a farm or the entire global network. What scientists today continue to do is to find ways to generate or promote negative feedback responses in place of positive ones.

I think, given what we have achieved so far, we will be able to achieve a great degree of control over disturbances and interactions. What other choice to do we have now? We either achieve that and evolve, or continue down the path we are heading and dissolve, or else reverse back to our past and live simple lives. Option 2 and 3, look much less exciting.