Earth Hour 2020: Go dark and shine a light on nature

One hour. Between 8:30 and 9:30 PM on March 28 every year, the Earth goes dark for one hour. The Earth Hour. The Earth Hour movement has been running strong for over a decade, inspiring millions to #SwitchOff non-essential electrical devices and spreading the message of sustainable lifestyle. […]

How to get an environmental clearance?: A step-by-step guide

In the year 1994, Ministry of Environment, Forests and Climate Change (MoEF&CC), Govt. of India released a notification making it mandatory for personnel associated with developmental projects to get environmental clearance from central or state ministries. With the release of the new EIA notification of 2006 along with […] 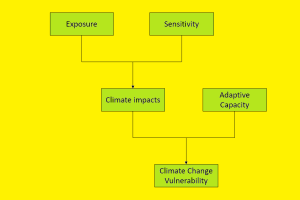 The bad and the good of Greta Thunberg’s movement

Over the last few weeks, Greta Thunberg, the 16-year old climate activist from Sweden, has made headlines. Her emotive speech to the world leaders at the United Nations Climate Summit followed by her nomination for the Nobel Peace Prize has catapulted her already famous “Fridays for Future” movement […]

“What evil are we burning away by adding pollutants into our atmosphere?”

In October 2016, I had a curious experience about the attitude of Indians towards environment, religion and festivals. Playing at a local park on the evening of Dussehra, a group of 5 kids, the eldest not more than 9 years old, came rushing into the park. They were […]

Variable rainfall due to climate change, and increasing population pressures has made urban water management a hot topic in national and international policy discussions. In cities, increasing impervious surface reduces infiltration of water and increases surface runoff. This one physical change creates so many multifaceted problems that greatly […]

How can you develop environmental accountability?

In a world facing extreme environmental degradation, environmentally efficient actions are necessary to improve our use of natural resources. We focus a lot on identifying the correct steps and implementing them, but do we invest as much thought in making sure we have followed through? Being accountable to […]

Groundwater: The largest source of water that matters

This post is part of a blog series written by Priyadarshan Pandey. Hello there! Your friend H2O is back with another post. Let’s get straight into it! I’m sure by now the picture I’ve painted must have you convinced that I’m as integral to your world as a […]

Earth Overshoot Day 2018: The day we use up whatever the Earth can give us this year

Every year, the Earth has a certain limit to the natural resources it produces. This includes the oxygen it generates from plants and trees, the food it produces, the timber it can provide, the non-timber forest products we can gather, the life it can support. We, the advanced […] 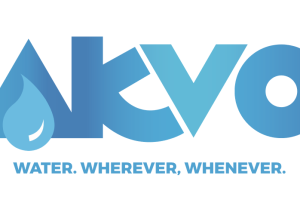 Water is a big crisis in today’s world. It doesn’t matter where you live or how lavishly you live; you are going to face the brunt of the water crisis now or at some point in the future. The problem remains acute in India and the crisis is […]