Last week, a much anticipated climate change conference concluded in Katowice, Poland. The conference is critical because 3 years after signing the Paris Agreement, there is finally a working program to operationalize the Agreement.

Many people have been talking about the rigor (or the lack of it) of this rule-book, and what went down in Katowice. So, here is a summary of whatever happened in COP24, discuessed article by article.

(If you wish to skip to a simple list of where the conference delivered and where it didn’t, skip to the end of the article.)

COP, or the Conference of Parties, is an annual conference of all the signatories of the United Nations Framework Convention on Climate Change (UNFCCC), signed in 1992 in Rio de Janeiro. Every year since, the signatories of this framework have convened to take important decisions on the climate action required to keep climate change at a manageable rate.

A landmark COP in Paris, where the world came together to take a pledge to keep global warming to “well below 2.0°C” with an aim to limit warming to 1.5°C as compared to pre-industrial levels.

At the moment, 195 countries have signed and ratified the Agreement, with only 2 countries, Nicaragua and Syria opposing the Agreement. USA, under Donald Trump, is expected to form a trio of the opposing countries.

This COP, to the surprise of many, managed to reach a strong enough consensus to release a draft of the Paris Agreement Work Programme, which summaries the operations that will be carried out to make good on that promise of limiting global warming to “well below 2.0°C”.

COP24 covered a wide array of subjects, with the key issues discussed being NDCs, Mitigation of climate change, Climate Finance, Transparency in reporting and the Global Stock-take.

A major point of discussion was the special report released by IPCC a few weeks prior to COP24. The report analyzed the current state of targets in carbon emission reductions, and whether or not we will be able to limit warming to 1.5°C (see here).

Due to the grim conclusions of this report, which said that current reductions would limit warming to only 3.0°C, many felt that this would prompt countries to step up their ambition in reducing emissions.

However, this was not to be. Due to strong objections from the USA, Russia, Saudi Arabia and Kuwait – economies dependent on fossil fuel – this report played a very-key role in the final rule-book.

Instead of “welcoming” the report, the rule-book now states that it “appreciates the timely completion” of the report and encourages parties to use its conclusions in their own target setting.

NDCs can cover economy-wide emission reductions or project/policy specific reductions. The first set of NDCs was submitted to the Paris Agreement in 2016, with the second round of targets expected to be given in by 2025.

With regards to NDCs, there were major disagreements largely between developed countries and developing countries.

Of these disagreements, the concept of “common but differentiated responsibilities” was the most contentious. Developed countries felt that developing countries should match up to the the targets set by them in their quest for development, regardless of current capacities. 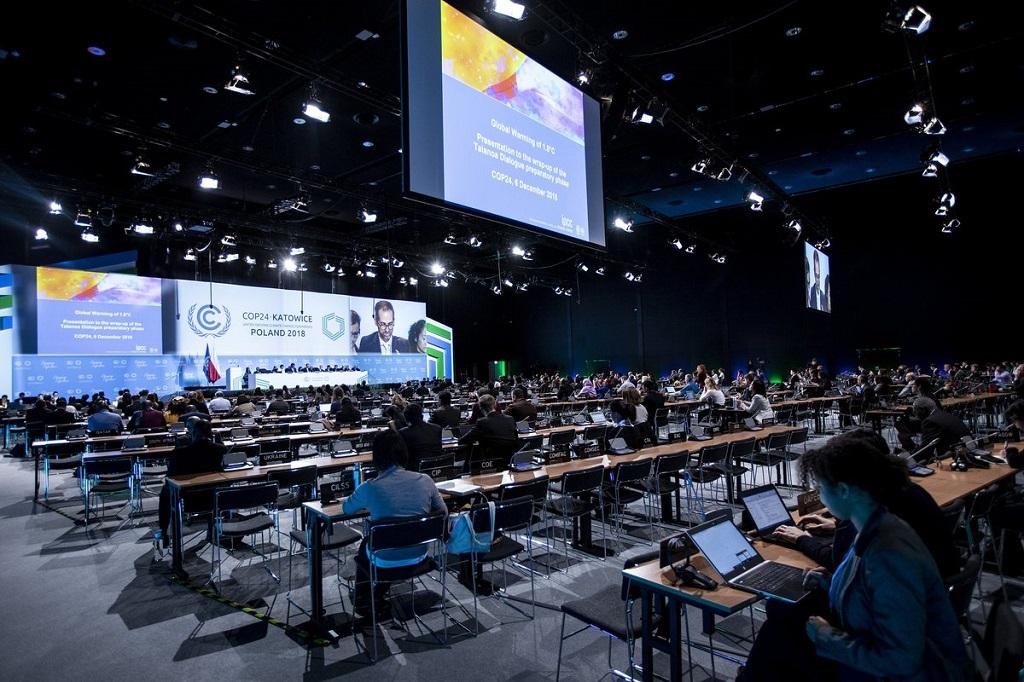 The final outcomes of NDC discussions was summarized under Article 4-

Of all the disagreements, the one on market mechanisms was the largest and extended the conference by 2 days.

Brazil, silently supported by India and China, argued about the use of accumulated carbon credits under the Clean Development Mechanism (CDM) of the Kyoto Protocol. However, none of the developed countries supported the CDM and wanted a new market mechanism to replace it with a fresh start.

This meant that all of the emission reduction measures taken by Brazil in compliance with the Kyoto Protocol would go to waste. Also, what was the guarantee that a new mechanism would also be done away with suddenly, like the Kyoto Protocol?

This deadlock could not be resolved, and decisions were deferred to COP25.

However, there were some decisions taken in terms of voluntary carbon trading, which includes-

The efforts taken by countries to adapt to climate change was generally not given as much importance as mitigation, because it is so difficult to quantify these measures. Also, these measures are taken as a response to the impact of climate change, as opposed to the overall target of limiting global warming.

However, developing countries are more reliant on adaptation measures. Therefore, this is of key importance to them, especially LDCs and SIDS.

The decision taken in terms of adaptation, under Art. 7 of the Paris Agreement were-

This was a major point of discussion at COP24. In COP15 in Copenhagen, developed countries pledged to make available, a collective amount of $100 billion every year by 2020 for developing countries.

Many developing countries felt that this target was not being met, and also felt that a lot more finance is required from the developed countries in light of the IPCC Special Report.

However, developed countries were reluctant to revise their targets, in light of USA leaving the Paris Agreement and their own domestic issues.

The final decisions taken in COP24 were-

The Transparency Framework relates to the biennial reports that are to be filed by parties to the Agreement. These reports have to start being submitted by 2024. In this regard, there were 3 categories for the reporting structure-

Developing countries have been given the flexibility to report as much as possible, given that there is very little done in these countries in terms of a reporting mechanisms. However, the rule-book now expects that are required to come up with a self-determined timeline, by the end of which they should be able to “graduate” to a higher category.

Also, if the transparency reports are fudged, a compliance procedure can be initiated against that country. However, this requires the consent of that country (so, no such thing is going to happen).

However, every country has to report the accounting for market mechanisms, once functional. This includes adjustments made after trading.

However, every country can voluntarily report the following aspects-

In 2023, there will be a global stock-take to assess the collective progress of countries in achieving the targets of the Paris Agreement. In this stock-take, there will also be discussions on opportunities for enhanced action and support.

The second global stock-take will be in 2028.

Where did COP24 fail to deliver?

And, where did COP24 deliver? 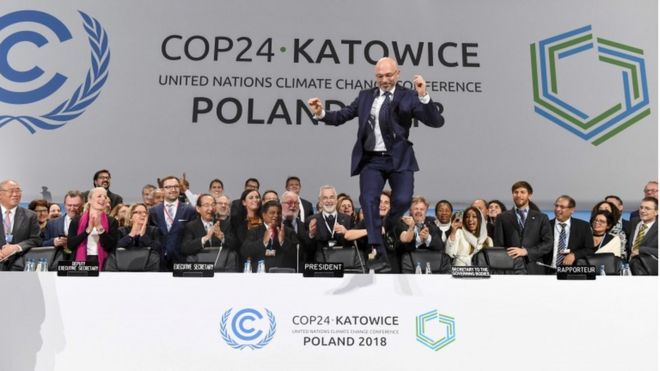