Our generation is a special one. We may be the last one to see some beauty on this planet. Or we can take responsibility and make this planet sustainable for the generations to come. The result, is in our hands. 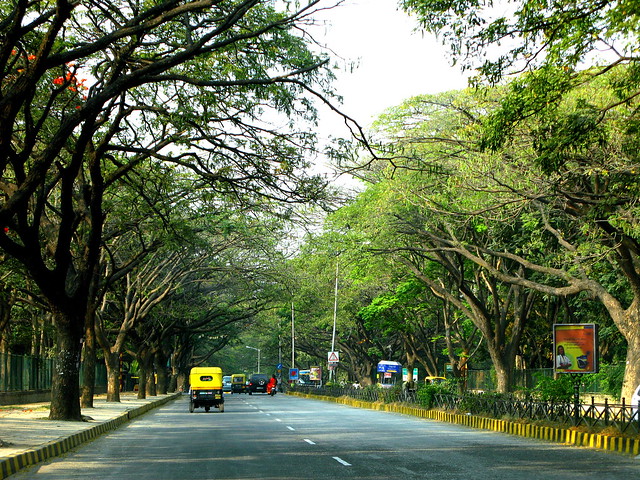 From this, Bangalore has turned to this.

It’s just buildings as far as the eye can see. Apartments, offices, skyscrapers and some more apartments. The authorities have gone so far as to drain lakes so that the famed IT companies of Bangalore have a place to work and sell computers. Go figure. You’d be hard pressed to find a quiet park or lake to relax near in this place.

And the traffic? Don’t even ask. It takes close to 2 hours to reach the city from the airport. And it only gets worse inside the city. A good crossword puzzle is a must while travelling these days.

And this is the example of just one city. If you start looking, you are going to start finding that almost every major city in the world is facing some sort of crisis. Miami is probably the most famous victim of the sea level rise in the world. The water from the ocean came up into the roads of the city during a high tide, an event that prompted Miami’s city council as well as the state of Florida to run a campaign against climate change. This move is working in that state, but is yet to make a mark in the United States as a country.

Delhi most famously got rated as the most polluted city of 2015. The air quality is so bad here that the lungs of 5 year old children look like the lungs of a 73 year old (no offence to 73 year olds). And I’m not saying this. Research is. This prompted the Delhi Government to start the odds-evens formula on the roads, about which I wrote an article as well. Sadly, the response to the 2nd trial run of this formula from the citizens have not been encouraging.

It falls on our generation, to make sure that we have a healthy place to live. This decade, 2015-2025, is the watershed moment. The moves we make here will determine whether we can live past 2085 or not on this planet.

All pictures were taken from Google Images.